Hello family and friends!  The war is finally over!  We won! The Patriots beat almighty Britain!  I can’t begin to describe how filled I am with happiness after realizing that we won this revolution, and more importantly, we are free!  There were many events leading up to the final battle of Yorktown, which ended the war.  From my perspective I am sure the battles looked much different to me than to you.

The downfall of the British began after the Patriots won the battle of Saratoga on September 19th, 1777 when we captured 390 British and killed 140.  This gave us a sense of hope that we could win this war.  When General Cornwallis’s plan was overhead and told to Washington we foiled his plan and defeated him and stopped him from destroying Virginia and starting to overrun the Colonies.  Then came the final defeat, the battle of Yorktown.  During the battle of Yorktown the British decided to enter Yorktown and wait to fight the colonists.  George Washington brought the Continental army and the French army and placed the town under siege.  When this happened, Britain sent the Royal Navy to help the army yet they were intercepted by the French Caribbean squadron and they fought out at sea until the British Navy was defeated.  Since they had no extra troops they were defeated and the colonists won the battle with a British death toll of 309 and a capture count of 8007 British soldiers.

Hello friends and family!  It’s a mess down in the South with all of the battles and the constant fighting.  We have lost multiple battles, but on the bright side, we also won some, which means we are heading in the right direction.  The British have won many battles and as a loyalist I feel Britain is doing a great job representing our home.  Although I have to be honest the Patriots are looking pretty promising, for example, they won the battle of Cowpens where they killed 110 and captured 712 British soldiers.  There have been seven battles so far and we are exactly tied with the patriots with four for each group.  With all these battles it is very hard for regular citizens to accomplish daily tasks.

After analyzing these battles it isn’t easy to see who will win and if the colonists will be free from the British.  All I want is for this to be over and I will do whatever it takes to be done with these battles.  How are you all doing in New York?  Stay safe everyone!

Hello scientists, aristocrats, diplomats, and all others, I am speaking for all the colonists right now-we need your help!  We have faced many problems as colonists with no combat experience, weapons, or training.  Please help us, please give us your support and encouragement.  Help us train, help fund, or even supply weapons.  You all know how greedy and mean the British are, how they take your land, your trading partners, and your friends.

As the French you are a strong nation that knows how to effectively succeed in a war, please teach us how to achieve the same and succeed in this war.  This is our final plea; we need your expertise and help.  Please help us win this war and successfully escape from the British!

The Americans have an unbelievable disadvantage in their “revolution”!  After watching their each and every move I have come to the conclusion that they are unprepared, untrained, and unorganized.  The colonists are going to lose this war in a matter of hours.  We are the British and we are superior!

As the British we are organized, trained, and dedicated.  We have trained our entire career, we have organized formations, and we are the British!  We have what the colonist’s need, guns and horses, and with these tools we are able to win these battles and destroy the colonists. The colonists also don’t have all of their citizens on their side.  The Quakers won’t fight and the Loyalists are still on our side.

The colonists have no advantage over us, because they have no prior military training.  We have been training ever since we joined the army.  The colonists are an unorganized group of citizens that have joined forces to defend against us, and I doubt they even know their land.  As an organized and prepared British force we will prevail, the colonists can never prepare themselves for a large battle and defeat us. 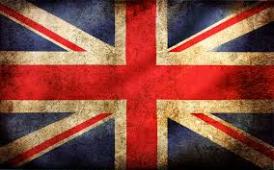